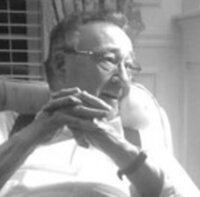 Carl Moores passed away peacefully after a 4-week health setback. Carl was born in Blackhead, Conception Bay on November 7, 1928, the youngest of six children to Elizabeth Puddester and Oscar Diamond Moores. His siblings were Jack (Mildred), Alec (Maysie), Ruth (Eric) Taylor, Dorothy, and Bert (Gloria) Moores. He went to the local schools where he was taught by his Uncle Douglas Moores and later by his sister Ruth. In 1943 the family moved to St John’s where he entered the Prince of Wales College in Grade 10 and graduated in 1945, winning the DUX Medal. He went to work in the Bank of Montreal in the St John’s, Curling, and Corner Brook branches. In 1952, he resigned from the Bank and joined his brother Alec at North Eastern Fish Industries, Ltd., Harbour Grace. Later that year he married Vivian Verge of Curling. In 1953, the Company assigned him to Boston to open a sales office in the Park Square Building in Boston to import and sell frozen fish slabs (now referred to as Cod blocks), used in the production of Fish Fingers (fish sticks). Carl and Vivian moved to Gloucester where 2 sons were born, Ian Wilfred (1954) and Keith Puddester (1957). The imported frozen fish slabs came from Canada aboard bulk frozen cargo vessels and were discharged originally in Boston. It became increasingly more difficult to find space in Boston Harbor for handling the vessels, so Gloucester was identified as a possible port. In 1954, he hired Charles H. Pew of Gloucester, Massachusetts who was well acquainted with Gloucester and in April 1954 the M/V Seneff delivered the first cargo of frozen fish to discharge in Gloucester. Discharge of the vessels was under the leadership of Charlie Pew and Gloucester Stevedoring Company was formed to support this growing business. This new business stimulated the commercial development of wharfs and cold storages in Gloucester which remain active today. In 1960, Carl joined the firm of F.W. Bryce, Inc. of Montreal, representing the frozen fish production of Newfoundland producers including North Eastern Fish Industries. Later, Carl was joined by Michael J. Burke, former Senior Manager with Quincy Market Cold Storage. Mike Burke’s cold storage expertise encouraged Carl to build a cold storage facility for his expanding business, which remains the headquarters of F.W. Bryce, Inc. When sons Ian & Keith graduated from College, they joined the family business and continue their involvement to this day. As Gloucester became the most important port for frozen fish from the North Atlantic, ships arrived with cargos from the Faroe Islands, Norway, Scotland and Denmark. The Copenhagen Reefers fleet of ships were servicing this trade and Gloucester Stevedoring Co. handled them exclusively. The Danish crews often required assistance when in port and Carl provided everything from hosting Christmas dinners to hospital visits. In recognition of his humanity in this regard, he was appointed by the Danish Consulate of New York, representing the Prince of Denmark, as the Honorary Assistant Danish Consulate for the New England Region. He held this distinction to the highest honor. In 1994, he married Shirley Locke of Toronto. They joined the Trinity Congregational Church in Gloucester and after retiring from business enjoyed spending the winter months in Cocoa Beach, Florida. He was predeceased by his wives Vivian and Shirley. He leaves behind his sons Ian and his wife Rosanne, Keith and his wife Mary Ellen all of Massachusetts, stepsons Stephen (Kathy), Sheldon (Camas) and Shawn (Jennifer), grandchildren Kirk, Justin (Ashley), Brandi (Eric), Kristen, Ryan, and Todd; step grandchildren Hannah, Emily, Ian, Maggie and Violet; great grandchildren Jemma, Alec, Ian, Lucille, Owen, Tyler, Carter and Wyatt and nieces and nephews. Committal service to take place on Wednesday, July 20 at 2:00 p.m. from Blackhead United Church Cemetery.