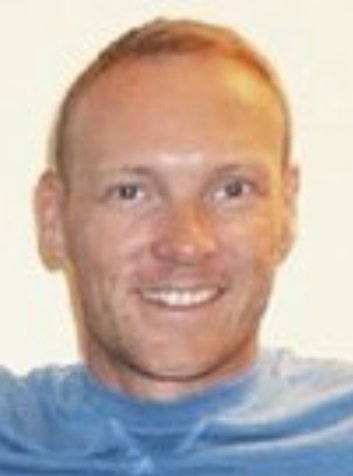 It is with great sadness that we announce the sudden passing of Steven Trickett, our beloved father, husband and son, in Ottawa, ON, at the young age of 35 years old. ‘Trickett’ had the ability to walk into a room and make everyone feel important and special. He was silly and foolish and had a special gift for making people laugh. His random acts of kindness were done without expecting anything in return and it gave him no greater joy than to put others before himself. His family and life-long friends meant the world to him and he had a sense of adventure and determination that was admired by so many. In his short time with us, he had experienced more than many get to experience in an entire lifetime. Steven and the love of his life, Jessica, shared a friendship and love like no other. They lived their lives on their terms, which saw them living all across Canada, swimming with great white sharks in South Africa, sitting on the edge of Victoria Falls in Zambia, sleeping with lions in the Serengeti, zip-lining in the jungles of Thailand, Skydiving in Australia and snorkeling the Great Barrier Reef.
Steven’s heart grew indescribably the day his daughter Stella was born. She was the brightest light in his life and nothing made him happier than hearing her laugh, seeing her smile, and dancing with her in the kitchen while singing ‘My Girl’ together. His second child, due this August, will be sure to know what an amazing father and human he was.
He loved nothing more than calling his parents on the phone multiple times a day, chatting with his sister and was happiest with a cold beer in his hand watching his beloved Maple Leafs. He was a proud Newfoundlander and a true gentleman. His loss will be felt by so many friends and family all over the world.
Leaving to mourn, his wife and best friend, Jessica Foley; daughter: Stella Trickett and soon-to-be born Baby Trickett; parents: Ross and Bernadette Trickett; sister: Melanie Trickett; special uncle: Mike Reynolds; in-laws: Janette Burry, Brian Foley and Taryn Gillis-Foley; brothers-in-law: Simon and Evan Foley; as well as dear family and close friends too countless to name. Resting at Noel’s Funeral Home, Harvey Street, Harbour Grace on Friday, 11:00 a.m. to 9:00 p.m. Funeral service to take place on Saturday, June 1 at 11:00 a.m. from St. Joseph’s Roman Catholic Church, Riverhead, Harbour Grace. Interment in the Roman Catholic Cemetery, Harbour Grace. In lieu of flowers, blood donation through Canadian Blood Services, a cause close to his heart.
Lastly, take Steven’s zest for life and his kind, accepting heart as inspiration in your own lives. Do something today that you’ve been putting off, take a chance on something that scares you, and tell those close to you that you love them.

Share Your Memory of
Steven
Upload Your Memory View All Memories
Be the first to upload a memory!