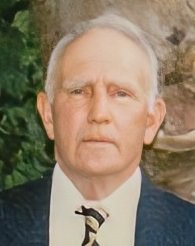 Please share a memory of Alexander to include in a keepsake book for family and friends.
View Tribute Book
A veteran of The Merchant Navy during the Second World War, last surviving son of WWII in Harbour Grace, and a recipient of the Newfoundland Volunteer Service Medal, Canadian Volunteer Service Metal, and Canadian Merchant Navy Service Medal, Alexander Martin of Harbour Grace, passed peacefully away on Saturday, June 19, 2021 at the Carbonear General Hospital age 97 years. Born in Sydney, Nova Scotia, and raised in Harbour Grace, Alex was an avid woodsman who spent many of his days either hunting, trouting, setting snares or cutting and hauling wood, which he used to build his family’s home as well as other woodworking projects. For many years he grew his own vegetables while raising livestock and had a keen interest in growing flowers during his senior years. He is predeceased by Olive, his wife of 71 years at the time of her passing; son: Melvin; parents: David and Mary; daughter-in-law: Peggy; brothers: Tom (Helen) and Basil (Mary); niece: Isobel; nephews: Harold and Bob; sister-in-law: Gladys (Bob) Thompson; and parents-in-law: Nicholas and Helen Parsons. Leaving to mourn, one daughter: Audrey (Jim) MacDonald, CBS; four sons: Basil, Frank (Bertha), and Rick, all of Harbour Grace, and Terry, Cambridge, Ontario; granddaughter (daughter): Michelle Rose; grandson (son): Christopher; 7 grandchildren: Lisa, Tammy (Paul), David (Sandra), Cory (Beverly), Jason (Sheena), Michael (Melissa), and Alex (Mandie Lee); 18 great grandchildren: Tristan (Ali), Belinda (Tyson), Rebecca (Shane), Brandon, Brandon, Rebecca, Alexandra (Harrison), Cameron, Johnny, Zander, Makayla, Dustin, Lana, Morrison, Isabella, Marcus, Calum, and Donovan; 2 great-great grandchildren: William and Lucy; 5 nephews: Tom (Cheryl), Roy (Vera), Don, Arlin (Teri) White, and Randy White; 4 nieces: Betty (John) Lynch, Sylvia, Geraldine, and Cindy (David) Engel; as well as a large circle of other relatives and friends. Our family would like to express our heartfelt gratitude to the Doctors, Nursing staff, and health care teams of the Carbonear General Hospital for the levels of care they provided during his brief admission. Because of you, his last few days with us was as comfortable as they otherwise could have been. We would also like to thank Dr. Hayes, Pamela Eddy and community health for their continued involvement in his care while at home, Gail Gosse, Kelly O’Reilly and Veterans Affairs Canada for their overwhelming support and concern and branch 15 of the Royal Canadian Legion in Harbour Grace. Finally, a special thank you to Rev. John Nicolle, Rev. Don Martin, the Anglican Parish of St. Paul’s in Harbour Grace, and Noel’s Funeral Home for their compassion and professionalism during such a challenging time. Resting at Noel's Funeral Home, Harbour Grace on Monday, June 21 from 2:00 to 4:00 p.m., 7:00 to 9:00 p.m. Funeral service to take place on Tuesday, June 22 at 2:00 p.m. from St. Paul's Anglican Church, Harbour Grace, with sign in required upon entry due to the pandemic. Inurnment to be held on Thursday, June 24 in St. Paul's Anglican Cemetery, Harbour Grace. In lieu of flowers, as an expression of sympathy, donations in his memory may be made to: The Royal Canadian Legion Dominion Command Poppy Trust Fund The Royal Canadian Legion National Headquarters 86 Aird Place Ottawa, ON K2L 0A1 *****
To plant a beautiful memorial tree in memory of Alexander Martin, please visit our Tree Store
Monday
21
June

Look inside to read what others have shared
Family and friends are coming together online to create a special keepsake. Every memory left on the online obituary will be automatically included in this book.
View Tribute Book

Share Your Memory of
Alexander
Upload Your Memory View All Memories
Be the first to upload a memory!
Share A Memory
Plant a Tree